Their vision is clear; They want children to grow into adults, they want adults to live longer and they want bereavement through trauma to become rare. Each of their services works tirelessly to save lives and alleviate sickness, wherever and whenever possible.

In 2015 RDA Media was tasked with setting up and then growing TAAS’ individual giving stream. The goal was to attract as many new donors as possible who could be brought on board as quickly as possible to funnel into the warm programme and in so doing, prove to the organisation that investment in fundraising via individual giving is worthwhile and can reap positive benefits quickly. This enabled the charity to be fully funded through charitable donations, to run efficiently, to grow and therefore, save more lives.

Our combined 40+ years of experience has shown us that capitalising on regionality can increase response by 10-20%. We, therefore targeted the initial test activity on the Helicopter Emergency Medical Service (HEMS) region of Warwickshire, Northamptonshire, Derbyshire, Leicestershire and Rutland. This meant we could focus the case studies to be featured in the acquisition creative on local beneficiaries and increase the relevance of the piece for recipients, thus maximising response.

We recommended Direct Mail as the proven and most responsive acquisition channel for charities. This also had the added benefits of; being highly targeted, offering the ability to suppress existing supporters and to be able to personalise the creative allowing for detailed match back and post campaign analysis.

With little in the way of donor data and previous acquisition history to analyse and steer the direction of our initial activity. We used our in-depth knowledge of the charity market to produce pseudo profiles for targeting and in close partnership with TAAS, produced a cold list plan which was highly targeted and balanced risk versus reward. This ensured the results would be robust and roll out potential was good.

Using our cold list benchmarking tool, comprising of all cold list level results since 2007, (we also benchmark insert level results!), we tested a range of list genre. These included lifestyle, affinity and compiled sources so we could achieve as many learnings as possible within the test budget.

In terms of the creative, Our recommendation was, (in this instance) for a low value ask to maximise response. So, based on previous experience, a coin carrier mechanic with a £3 ask was used as a simple and effective way of yielding good levels of response and cash income for the charity in a simple to understand format for the recipients. A simple but concise method is often best!

We used our previous knowledge and in-depth experience in recommending the mailing went out in the highly responsive autumn period and that it landed earlier in the week to gain positive standout from the ‘noise’ as post builds up throughout the week.

We forecast a 5% response rate, but that first campaign actually achieved over 10%!

The campaign achieved a 0.50:1 ROI and was the springboard for increased confidence within the organisation, showing that through direct mail acquisition, thousands of new donors could be achieved in a single campaign coupled with tens of thousands of pounds in donations!

Achieving double the level of response that was forecast naturally got the attention and buy in for future campaigns from the board of trustees and senior team within TAAS. RDA Media has had the pleasure of working very closely with them in a consultancy-based approach to hone acquisition and develop campaigns within the HEMS region and also UK wide for The Children’s Air Ambulance.

Since that first campaign in 2015, we have incorporated raffle into the mix and the following table shows how volumes have grown over time from the initial campaign. Growth has been carefully managed through our rigorous test and learn approach:

Significant individual gifts of many thousands of pounds have been given as a result of cold direct mail campaigns since 2015 and in 2017, one single gift of £50,000 was given by a cold list responder!

RDA Media has also introduced new channels into the fundraising mix such as door drop and inserts – the logical next channels to explore after direct mail has proven itself. In addition to media planning and buying for TAAS. Our data planning work has included segmentation development, profiling analysis as well as Lifetime Value (LTV) analysis.

We have adapted to the challenges posed by the GDPR coming into force in May 2018. Working closely with the Data Protection Officer (DPO) at TAAS we have completed Legitimate Interests Assessments (LIAs) and balancing tests for each and every campaign since May 2018 and have continued to untap new test sources as well as optimising the use of banker lists. We call this approach our ‘Disciplined Planning Cycle’…. 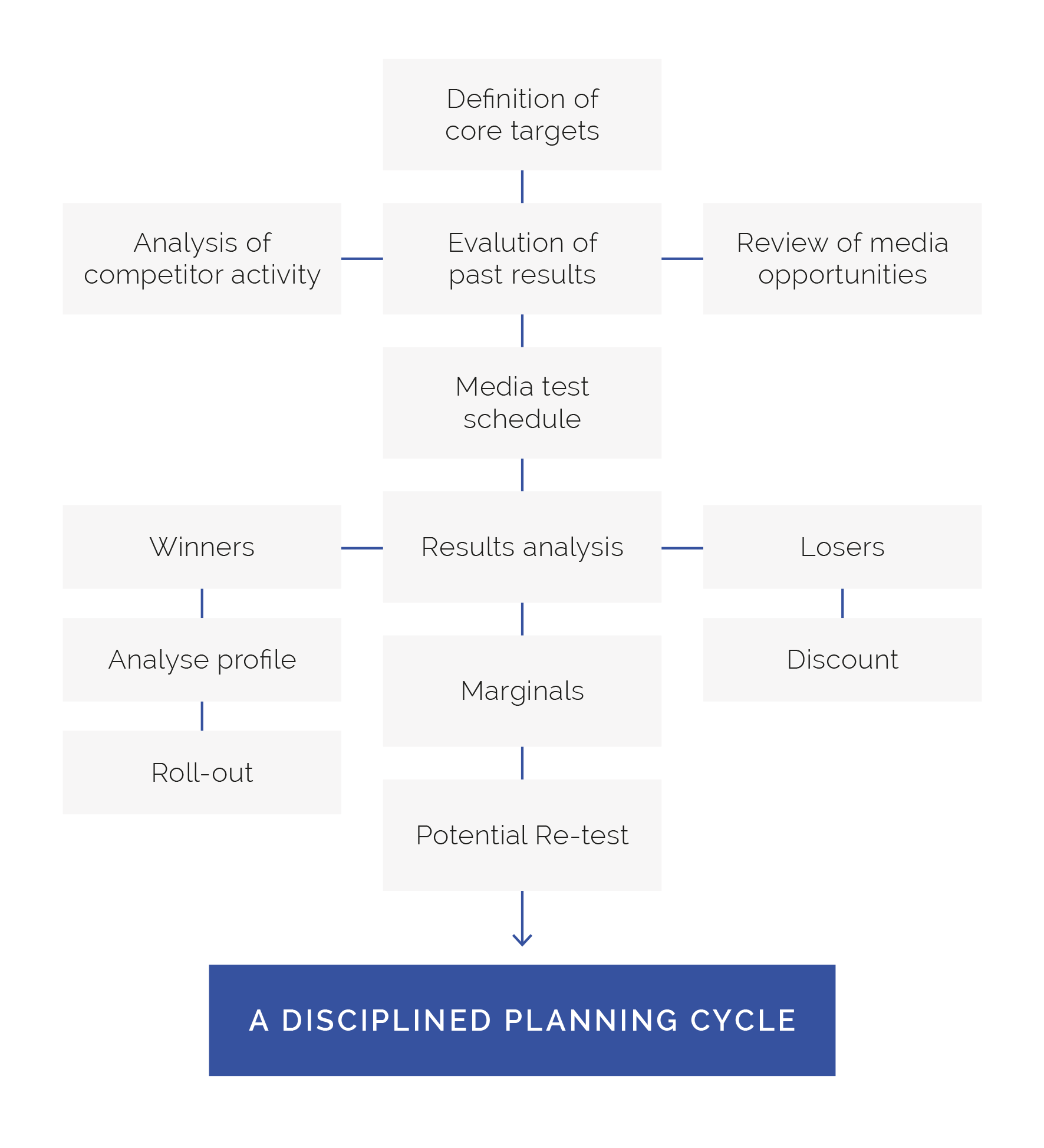 Find out how we can help you.